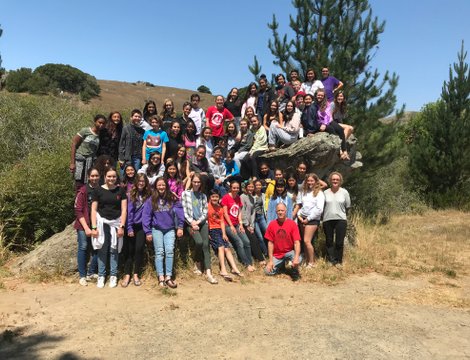 The Piedmont East Bay Children’s Choir presents the world premiere of Crossings, an interdisciplinary four-movement choral work exploring the experiences of refugees across time and space. The work situates the stories of four different refugee communities in musical dialogue, while the performers enact their own physical journey of displacement through the performance space. Bringing the work alive with performances in California and Finland are the disciplined young voices of three internationally recognized youth choirs: the Piedmont East Bay Children’s Choir (Oakland, CA), Vox Aurea (Jyväskylä, Finland); and the St Catharine’s College Girls’ Choir (Cambridge, UK).

In Crossings, composer Eric Tuan highlights the voices of four different refugee communities, ranging from ancient Israel to contemporary California. The work opens with a setting of poetry from Javier Zamora’s collection Undocumented, depicting his grandmother’s farewell as the poet flees violence in El Salvador for the United States. The second movement, The Caravan, narrates the family history of one of our choristers, whose great-grandmother left Hungary in a migrant caravan at the end of the Second World War. We uplift the words of interned Japanese-American poets in the third movement, Barbed Wire Fence, before turning to the voices of the ancient Hebrews fleeing Egyptian slavery in From Desert Wastes. This final movement sacralizes the refugee experience by situating it within the context of the psalms, a book of devotional poetry common to both the Jewish and Christian traditions.

The creative use of movement, music, and spoken text invites the audience into the journey, as the performing choirs migrate slowly from the back to the front of the performance space. Similarly, the performance arc of Crossings is woven into a web of international exchange. The premiere will take place in Oakland in April 2019, as part of a collaboration between the visiting St Catharine’s College Girls’ Choir and the Piedmont East Bay Children’s Choir (PEBCC). A follow-up performance will take place in Finland in June 2019 when PEBCC visits renowned Finnish choir Vox Aurea, and all three participating choirs will subsequently offer performances in their home countries.

The Finnish Cultural Foundation has provided a grant

for the commission of Crossings and the international

cooperation between the choirs. 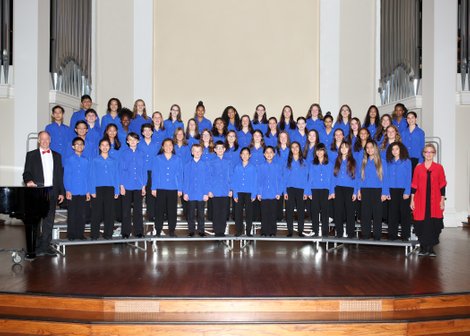 Piedmont East Bay Children’s Choir, founded in 1982, offers children throughout San Francisco’s East Bay an outstanding program of choral training and performance.  In addition to innovative new music projects, commissions, and premieres, the Choir has established itself as a leading force in international choral activities, with far-reaching collaborations, high marks in competitions world-wide, and the establishment of the Golden Gate International Children's and Youth Choral Festival.

The Piedmont Choir has earned grand prizes, first prizes, and gold medals at competitions across Europe, Asia and the Americas. Most recently, the Choir won two second prizes at the Eisteddfod in Wales in 2017 and three first prizes as well as the Grand Prix Award at the International Youth Music Festival in Bratislava, Slovakia in 2013. In 2011, Geary led his group to a first prize for Contemporary Music at the Kathaumixw Choral Festival in British Columbia.  In 2008 the Choir was the only choir to win three gold medals at Grand Prix St. Petersburg (Russia) Choral Festival. In 2003 Geary led the Choir to a special award for the highest score among equal voice choirs at the International Competition of Choral Singing in Gorizia, Italy; and in 2000 the Choir earned first prize in Contemporary Music at the Choral Olympics in Linz, Austria.

Robert Geary, founding Artistic Director of the Piedmont East Bay Children’s Choir, the Golden Gate International Choral Festival, and Volti, also serves as Artistic Director of the San Francisco Choral Society. His multi-dimensional commitment to the choral arts over the past thirty-five years has led him and his choirs to national and international prominence.   He received awards for Outstanding Conductorial Achievement in Giessen Germany and for Artistic Interpretation from the Miedzyzdroje Festival in Poland.

Eric Tuan returned to the Piedmont East Bay Children’s Choir after successfully completing studies in the Bay Area and abroad that expanded his horizons in music composition and performance. Tuan received his B.A. in Music with Honors from Stanford University, and completed a Master of Music in Choral Studies with Distinction at the University of Cambridge with the support of a Gates Cambridge Scholarship. Tuan started his musical journey in the Piedmont East Bay Children’s Choir as a young chorister, and is currently on faculty as Ecco conductor and composer-in-residence.  He will take over as Artistic Director of the internationally recognized program in July 2019.

Tuan currently serves as the founding Artistic Director of Convivium, the Peninsula-based chamber chorus he founded in 2012, and as Director of Music at Christ Episcopal Church, Los Altos. His dedication to the creation and exploration of new music has led him to conduct and perform the world premieres of over thirty works. Tuan has sung professionally with Volti, Cappella SF, and the Philharmonia Baroque Chorale, and has received acclaim for his sensitive work as a collaborative pianist, continuo player, and repetiteur.

Tuan’s choral works, published by E.C. Schirmer, draw upon his diverse musical background to explore questions of transcendence and social justice. He has been widely commissioned by ensembles throughout the United States and Europe including Musae, the Fog City Singers, the Peninsula Women’s Chorus, and Vox Aurea. His music has been broadcast on BBC Radio 3 and Estonian Public Broadcasting.